Corvo: Places to not miss out on your trip

The island of Corvo is the smallest of the nine islands of the Azores archipelago and, together with the island of Flores, forms the Western group of the island group.

It is known to be the “black island”. The whole island was formed by only one main volcanic building, with a caldera at its top and about twenty secondary volcanic cones. In short, we can call Corvo by volcanic island. It is considered by UNESCO as a World Biosphere Reserve and was discovered by Diogo de Teive in 1452. Insula Corvi was its first designation.

In this article, we will present some of the places that you must visit during your visit to the island of Corvo.

Caldeirão and its Lagoon

The Caldeirão, located on Monte Gordo, is a huge crater of the only volcano that is behind the formation of the island of Corvo and is the ex-libris of it. This crater has a depth of 300 meters and a perimeter of about 3400 meters. There you will find two lagoons divided by small islands. Some say that its configuration reminds us of the Azores archipelago.

This is the highest point on the island of Corvo. It has 718 meters of altitude and from there you can have a beautiful panoramic view of the island.

Black stone constructions in which its dome and triangular sails rotate and constantly follow the winds. These mills are distinguished from the rest of the archipelago and are the closest to those left by the Moors on the Portuguese continent.

A basalt lava flow formed by the last volcanic eruption that happened on the island. At Pão de Açúcar, you will find a viewpoint worthy of your visit with an extraordinary panoramic view. 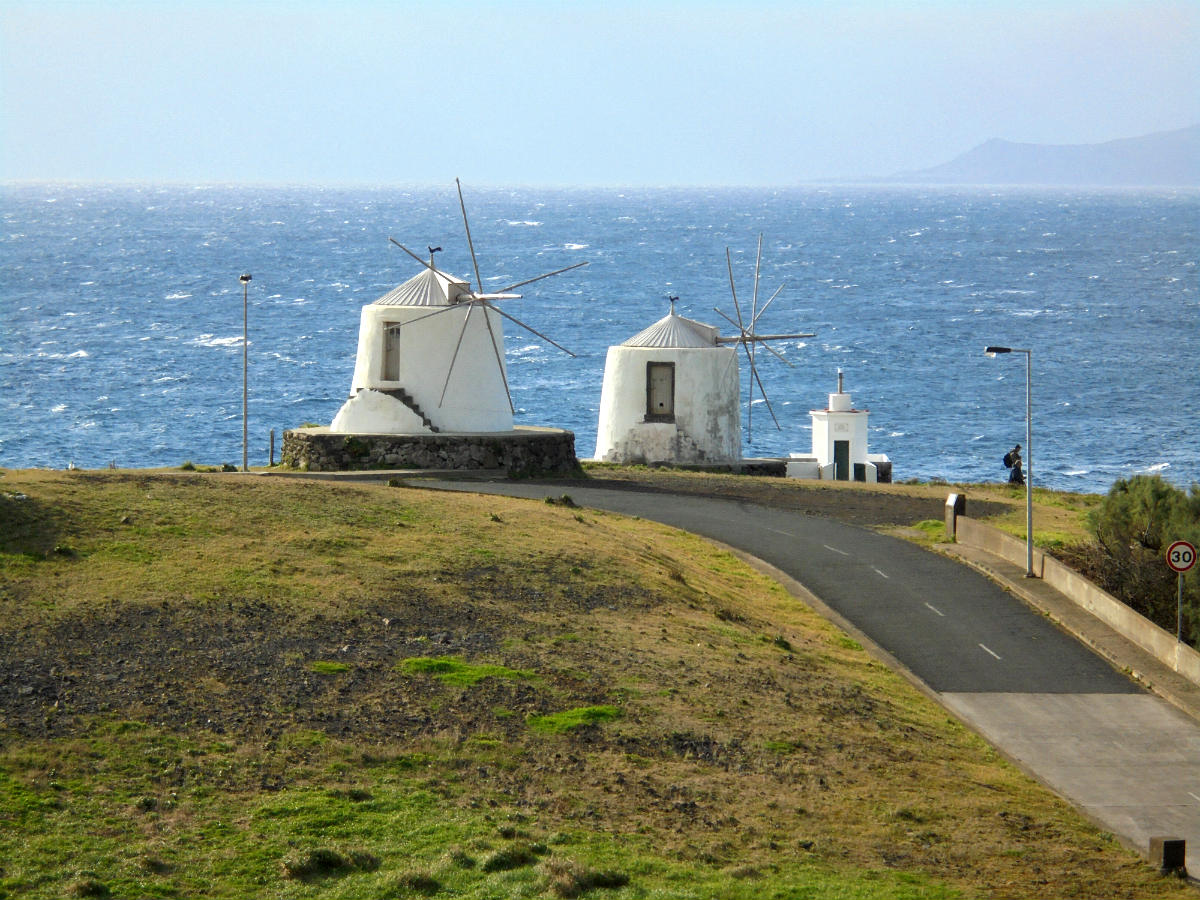 It is the only settlement on the island and it is implanted in a lava tree fajã that constitutes the main flattened surface of the island. It has very typical houses in tune with the simplicity of its people’s habits and customs. It is a very picturesque village. 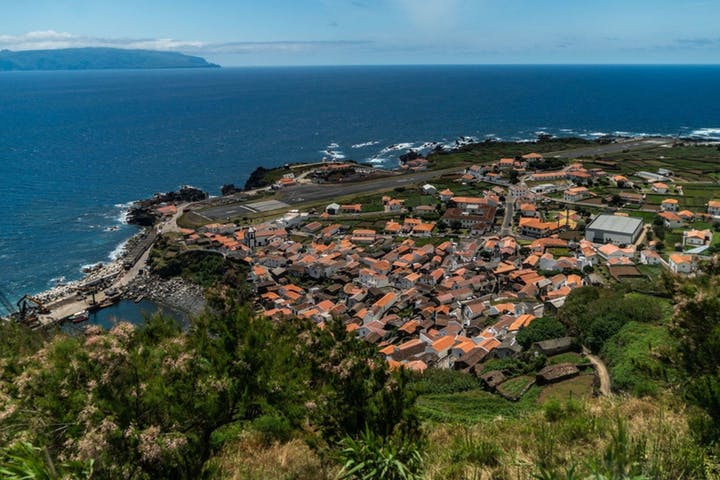